4.2 miles on the Embarcadero (again) 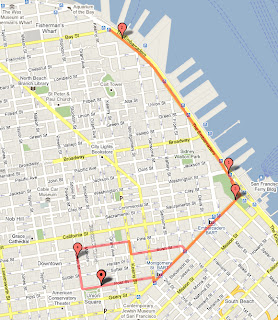 Well, I've been down this road before.  Seriously. I've walked this course several times now.  But this time was different because... 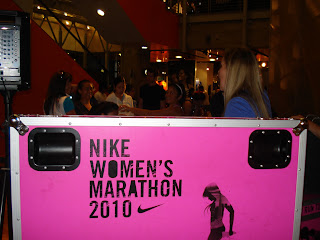 I ran!  Well, part of it.  My friend, Mai invited me to run with her in the Niketown running club on Wednesday night.  While the running club is in operation year-round, this was a special run because it was the final practice before the Nike Women's Marathon on Sunday.  You may not be aware of this, but I'm a walker, not a runner.  So, while Mai shot ahead of me and ran the 6 mile course, I slowly ran/walked the 4 mile course, which gave me an opportunity to take pictures. 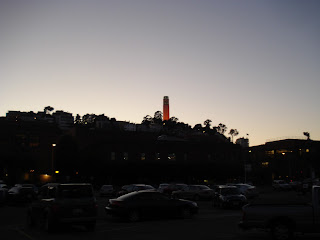 October is a very pink month.  San Francisco fully supports
Breast Cancer Awareness Month by shining pink lights
on major landmarks around the city.
Despite it being a familiar course,
I discovered several things on this run/walk: 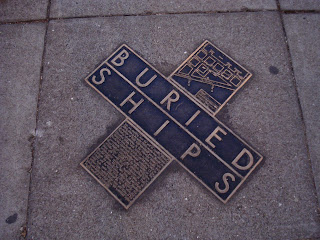 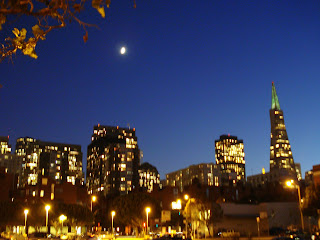 2) My inability to hold a camera steady after running, 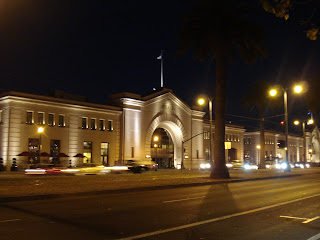 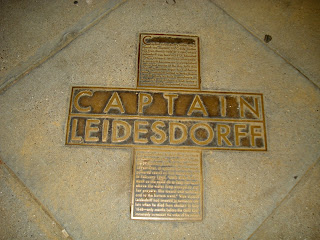 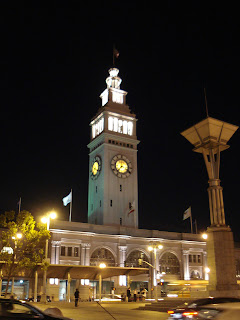 6) The Ferry Building looks equally awesome at night as in the day time, 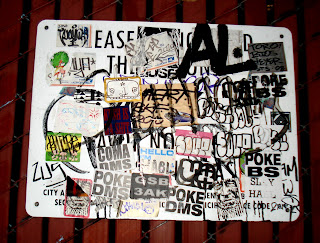 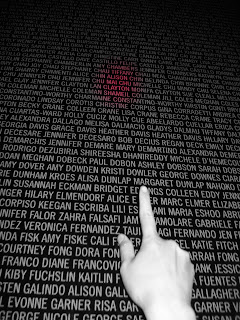 8) Mai's name on the wall of the googillion Nike Marathon runners. 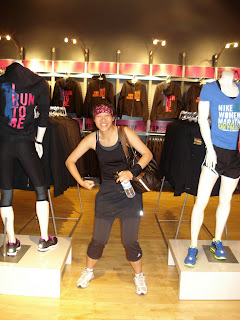