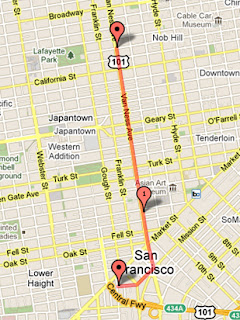 We're going to call this a MuniFail walk.  I took the 1California to Van Ness from my office with the intention of hopping on the 49Mission to get to Zeitgeist for a friend's going away party.  BuuuuuUUUut...the 49 didn't show as scheduled so I opted to hoof it the 1.5 miles on foot. 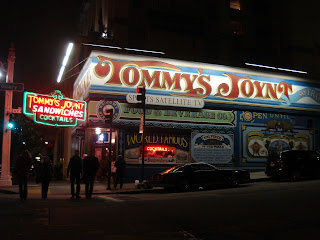 Aside from the three blocks around and south of Market, this walk is perfectly fine at night.  A bunch of people were hanging out at Tommy's Joynt... 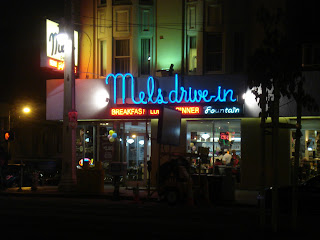 ...and across the street at Mel's. 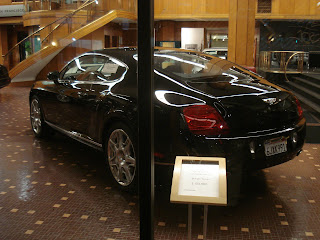 The neighborhood can't be too bad if they leave Bentleys laying around. 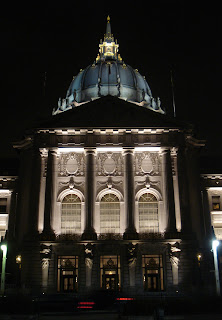 City Hall is back to its natural colors, after being red and green for the holidays. 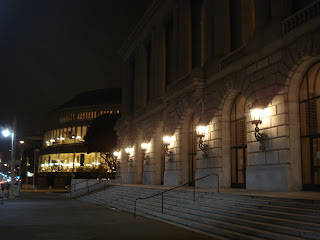 The symphony and opera look very lovely at night. 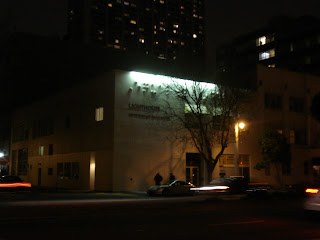 The one thing I hadn't noticed on previous walks (because they had all been during the day) was that the Lighthouse building has braille on the wall.  Cool! 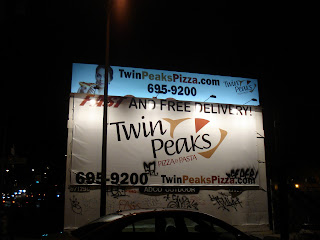 I put my camera away during said three blocks around and south of Market.  But,  I did sneak this pic on Otis Street for a very important reason: I need to know if Twin Peaks Pizza offers a gluten-free crust.  I was on Yelp the other day and typed in "gluten free in San Francisco" and on the list was Twin Peaks Pizza.  Their website doesn't say for sure, so I'm wondering if you know what the deal is with the crust? Gluten-free option or no?