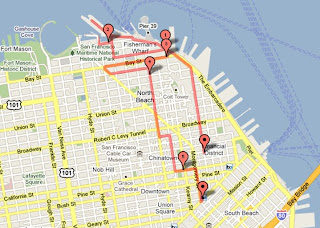 Today was another stunner.  The air was crisp and the sun was shining.  Too bad the sun sets at 7pm this time of year, leaving less than two hours of daylight for walking after work.  I wanted to do at least five miles so I designed my route to end up walking through Chinatown after sundown. 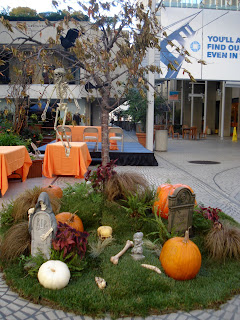 My walk started outside my office, of course, so I thought I would show you the lovely decorations out there.  I can't wait for Christmas, they do a really nice job with lights. 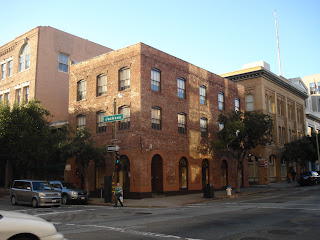 I've decided I really like the walk north on Sansome.  It's much like Battery (it's one street over)- quiet with a lot of old brick.  A sign on one corner read, "Northeast Waterfront Historic District." 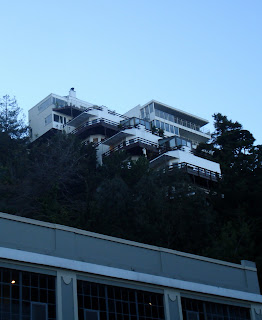 To the west of Sansome is Telegraph Hill on which Coit Tower and houses perch for the best views in town.  I am pretty sure that the stack of buildings in this picture are all one house. 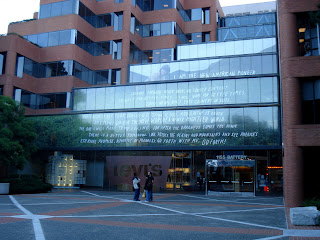 Between Sansome and Battery to the east is Levi's Plaza which is a really great spot to wander, jog, read, etc.  Go inside the Levi's lobby some time, they have a blue jeans museum in there. 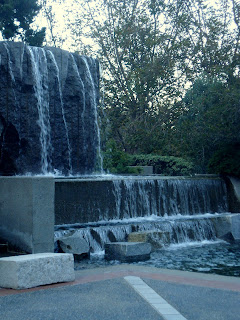 They have a cool waterfall outside too. 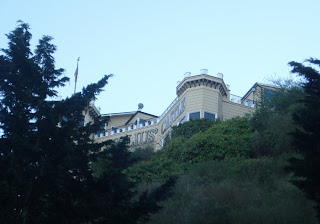 One of my walks (when I'm feeling strong and adventurous) will be to the top of Telegraph Hill at which point I will find out what the heck this thing is.  I seriously hope it's a business and not the home of a man named Julius. 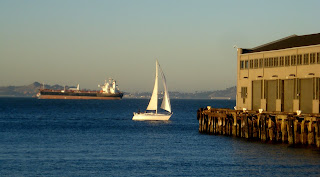 Sansome eventually ends at The Embarcadero (most streets on the east side of town do).  The sun was starting to set which made the view of the bay really fantastic. 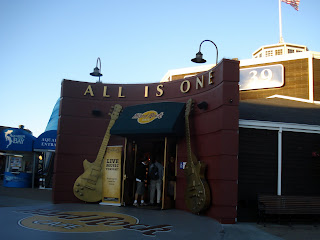 As I approached Pier 39, I got sooooo excited that there was a store with my name on it. 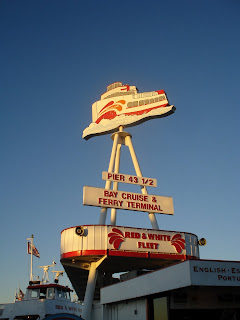 Up to this point, the sign for Pier 23 has been my favorite.  Now, I think I've got a new favorite.   This one just has so much more going on. 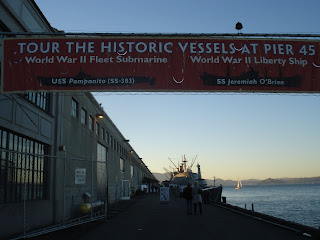 I've seen the battleship from a distance before but didn't know I could go on a tour!  Hm....new thing to add to my list. 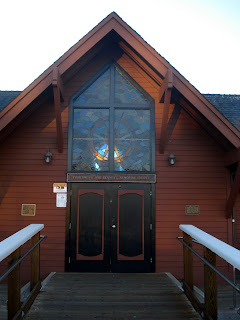 This little memorial chapel is right at the end of the wharf.  I happened to be walking past at the strike of 6pm when the bells chimed.  Very nice. 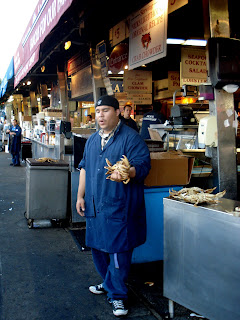 I love the taste of crab but the visuals and smells of them being prepared in front of Allioto's are real doozies. 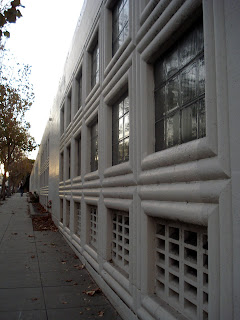 The wharf area is so strange.  It's a mix of Americana tourism with neon, tshirts and knicknacks and cold war-era municipal departments.  This is the "Pre-Aeration and Sedimentation Building."  I'm pretty sure I don't want to see what's inside that building. 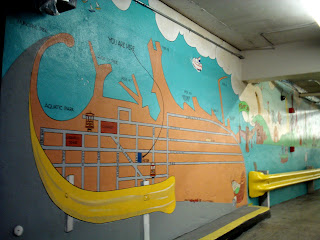 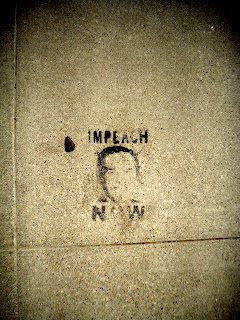 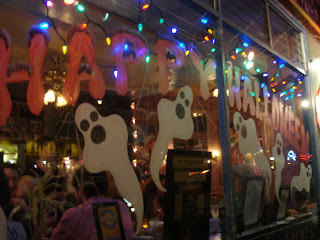 On the way back to BART, I cut through North Beach to walk down Grant through Chinatown.  North Beach likes Halloween. 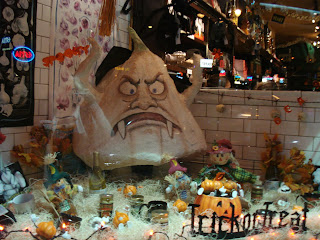 The Stinking Rose restaurant in North Beach gets the prize for most creative (and ironic) window decorations. 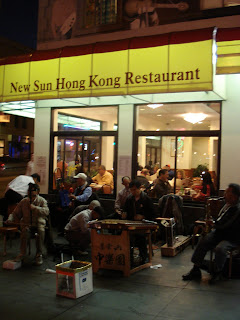 This was very cool.  I heard the band as I walked around this building.  The saxaphone is a most curious Chinese instrument. 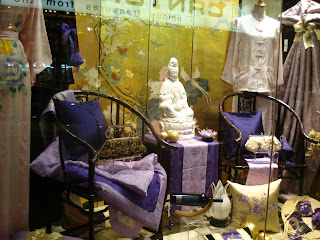 Of all the shops on Grant Street, I like this one the best.  It is very classy in there, with tons of gorgeous fabrics. 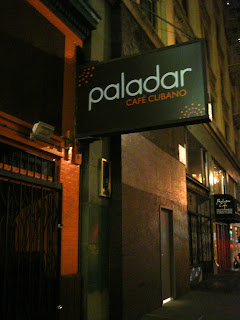 I love Cuban food so was excited to see this place is on Kearny.  Not sure why it's closed on a Friday night.  I'm guessing it's just a lunch place.  Also adding this to my list!