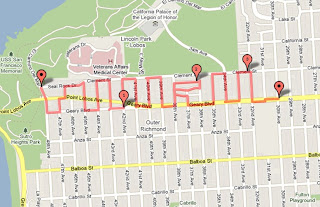 I really like the Outer Richmond.  Have I said that before? 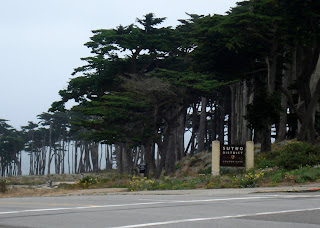 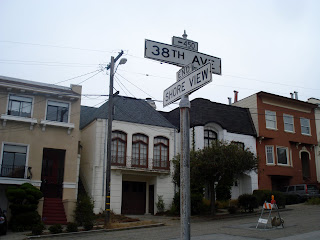 My favorite street on this walk was Shore View Ave. although it may be better named "Arctic Blast Ave." because while I saw no shore, I could feel my nose go numb. 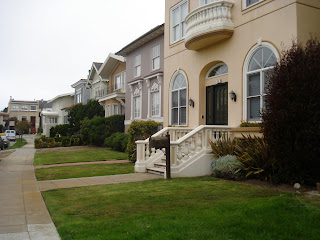 The houses on Shore View are right up my alley. 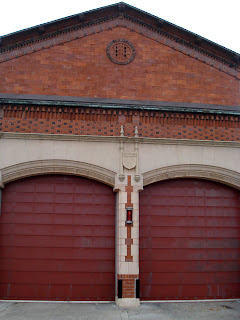 You know what's awesome?  The brick work on the fire station on 41st and Geary. 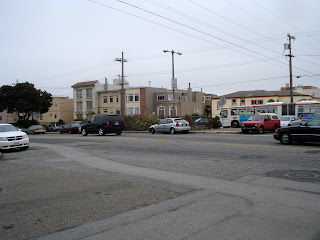 You know what's NOT awesome?  The intersection at 41st and Geary.  Pedestrian, beware! 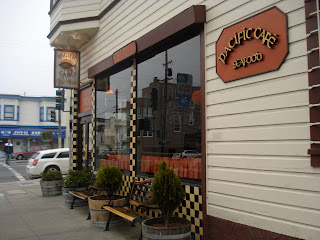 A friend recommended I eat dinner at the Pacific Cafe.  Apparently lots of other people had the same idea.  The place was packed and I didn't have time to wait it out.  The menu looks great, so I'll definitely come back another time. 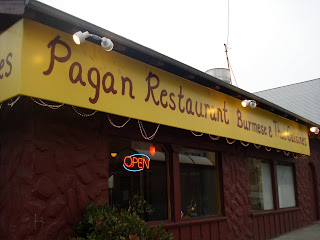 Sooo...I walked down to Pagan at 33rd & Clement to give Burmese food a try. 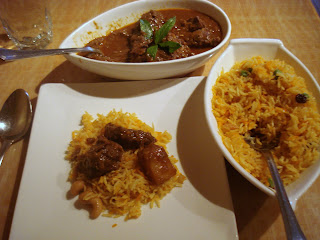 Burmese food rules! It's a mix between Indian, Chinese and Thai.  So good!  This biryani rice made my night.  It complemented the curry beef perfectly.