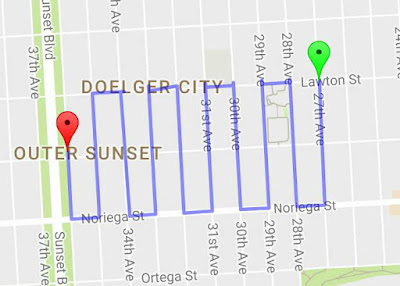 Yikes! I took this walk last month and forgot to post it.  Better late than never! Another 3 miles knocked out in the Doelger City neighborhood of Sunset District keeps me on track to finishing the entire district this year. 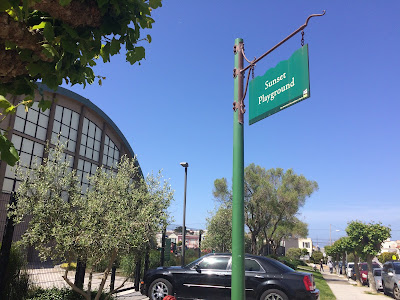 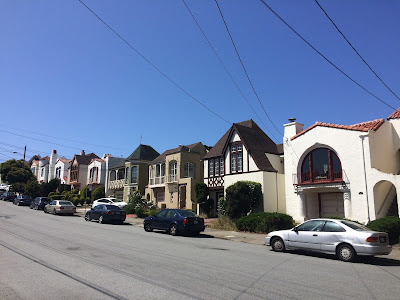 Doelger was a developer who built thousands of these stucco single-family homes in the 1920s-1940s.  Each one is slightly different which makes it fun to wander the streets to notice how many variations he and subsequent owners have played on the theme. 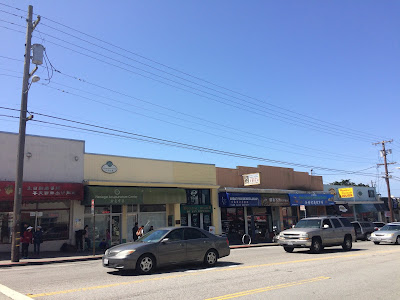 While mostly residential, there is a commercial area along Noriega which includes a Safeway grocery store and a strip of small businesses. 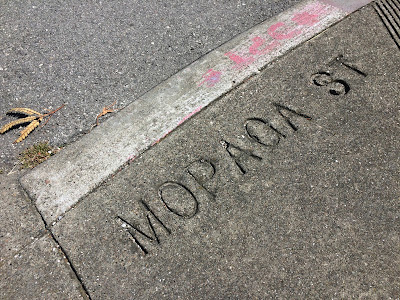 And while everything is generally in order in this neighborhood, I spotted a typo on one of the sidewalks.  It should be "Moraga" not "Mopaga." The neighborhood is charming, so I'll let it slide. :)
Labels: Outer Sunset Recreation Area Residential Sunset
Location: Doelger City, San Francisco, CA 94122, USA