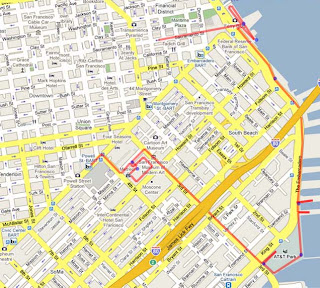 Another great day for a walk. I decided to head south on The Embarcadero toward the AT&T Park to see what was shaking on a game night. 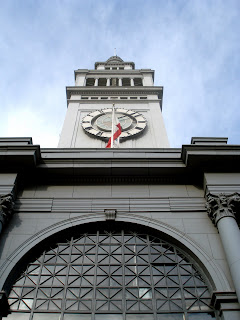 First stop: The Ferry Building. Built in 1898, the building was the entry point to the city for commuters from the East Bay and Marin until the bridges were built in the 1930s. Ferries still operate out of the pier but now the inside houses gourmet food stalls. It's a fun place to go sample fancy treats. http://www.ferrybuildingmarketplace.com/ 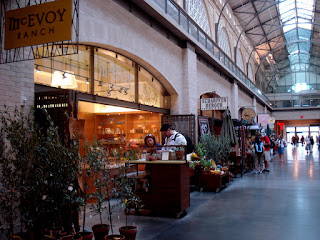 I am madly in love with Scharffen Berger chocolate and love that they have a stall so close to my office. Too close, my husband says. http://www.scharffenberger.com/

The view of the Bay Bridge from the Ferry Building is pretty perfect.  Thank you, sailboat for completing the look.  Interesting fact about the Bay Bridge:  while it's not the most famous of our bridges (apparently gold is a cooler color than gray...), it is the most traveled - over 250,000 vehicles cross it every day.  Seriously. 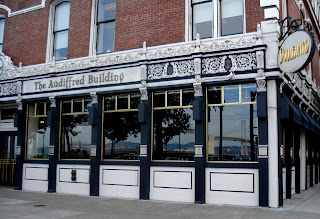 Boulevard Restaurant (http://www.boulevardrestaurant.com/) is one of the fanciest and tastiest places in town.  They make this really fantastic crab salad that rocked my world. 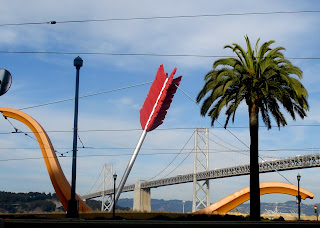 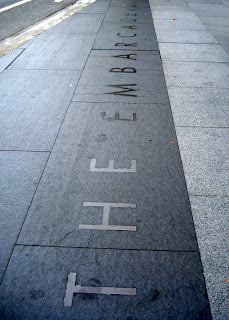 In case you forgot what road I was walking down... 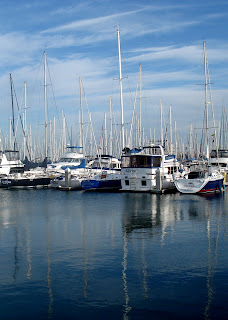 I though the harbor by Pier 45 was great.  Well, the South Bay Harbor is ten times better.  It's super serene despite being directly behind the AT&T Park. 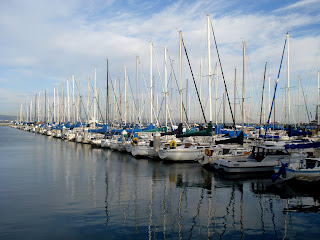 Sigh...I would have loved to actually ride on one of these boats.  But, alas, I can only look... 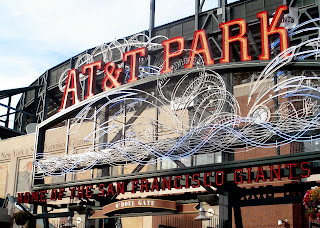 Take me out to the [Giants vs. Dodgers] ballgame!  The crowds were starting to form as I wandered around.  An inter-state rivalry brings out some seriously vocal fans. 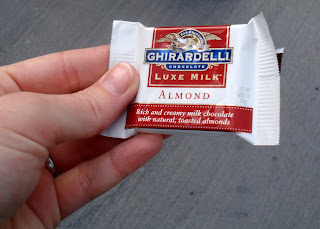 Score!  I got free chocolate.  It's no Scharffen Berger, but it is Luxe. 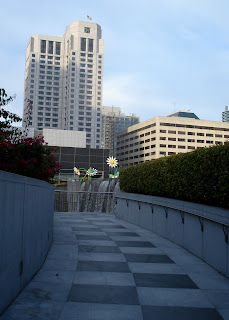 The Yerba Buena park marks mile 3.  I added some ground by walking the long way through the park pathways - mostly because I wanted to see what the giant flowers were all about. 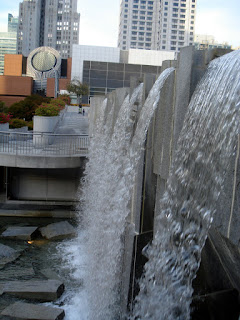 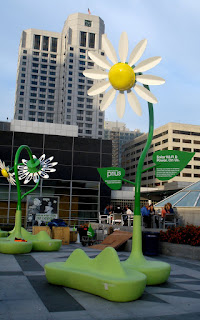 The giant flowers aren't just pretty, they are functional as well!  They are solar powered wi-fi flowers provided by Toyota.  How fun. 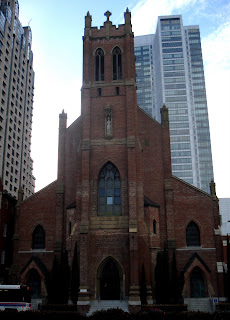 You may be able to spot a trend - I love churches.  This one is the Saint Patricks Church north of Yerba Buena park. It has a lot of character. Plus it has good bones - it was built in 1851, and survived both the 1906 and 1989 earthquakes.  http://www.spcsf.org/. 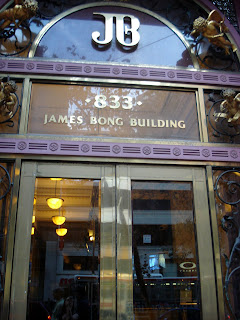 He's no James Bond, but this doorway does mark mile 4 of my walk so that's my cue to hop BART and head home. 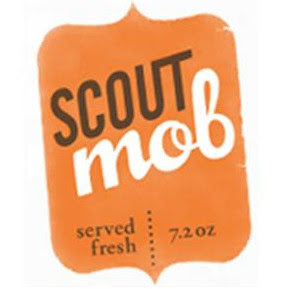